You don’t have to go far to find great thai food in Edinburgh. My favourite haunts include Ting Tang Caravan for a quick bite during the festival, The Dusit on Thistle Street for after work dinners and Streetbox for a fresh and flavoursome take-away. So when Chaophraya Edinburgh announced the launch of a glitzy, new menu, I was intrigued to see what ‘sophisticated thai dining’ would be like.

Alongside a new menu and branding, ‘heightened levels of service’ completed the make-over. The thai restaurant group want to bring a sophisticated edge to thai dining, mixing their innovative menu with the luxurious settings of the castle view restaurant.

Nattawut Leela – Development Chef of Chaophraya – comments: “Over the past six months our senior culinary brigade have travelled to Thailand to research the latest developments in Thai cuisine and we have blended this with the knowledge of our expert chefs in our restaurants. With a dash of imagination we believe we have created a menu that takes Thai dining to a new level here in the UK.”

The new menu was a revealed at a special launch event at the end of September. Perched high up, on the corner of George Street and Castle Street, the floor to ceiling windows ensure the stunning views of the city surround you, regardless of where you are sitting.

On the night the service was impeccable. The staff were friendly and attentive, and we had our pick of items from the a la carte menu. Like many thai restaurants, the menu is extensive, and it takes a while to read through. Many of the dishes encourage ‘family style’ eating. 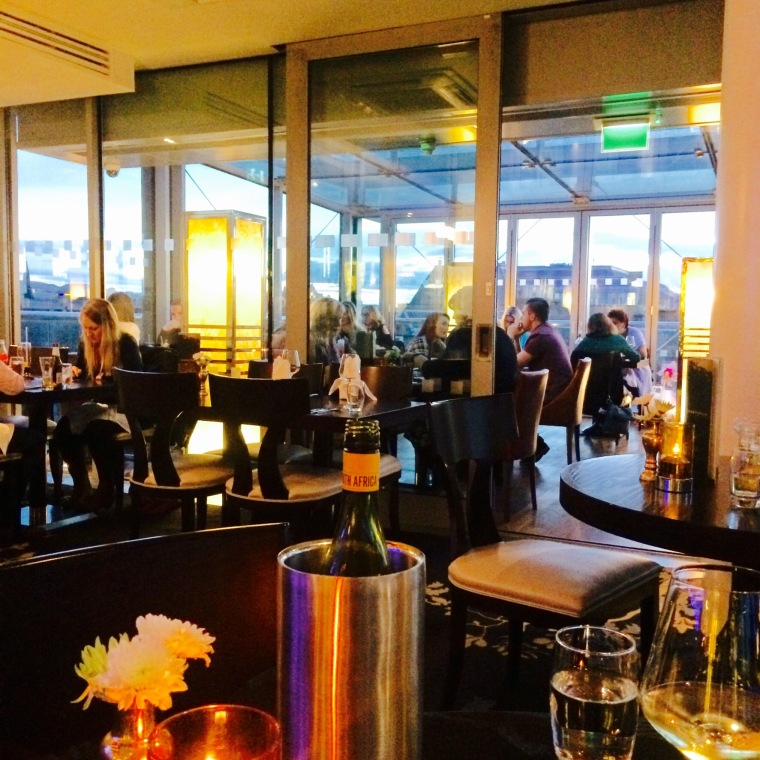 We started with the Steamed Dumplings (£8) which were a mix of prawn and pork, topped with fried garlic and served with sweet soy sauce. Full juicy, prawns and deliciously soft, seasoned pork filled the steamed parcels, they disappeared rather quickly. Off to a good start. 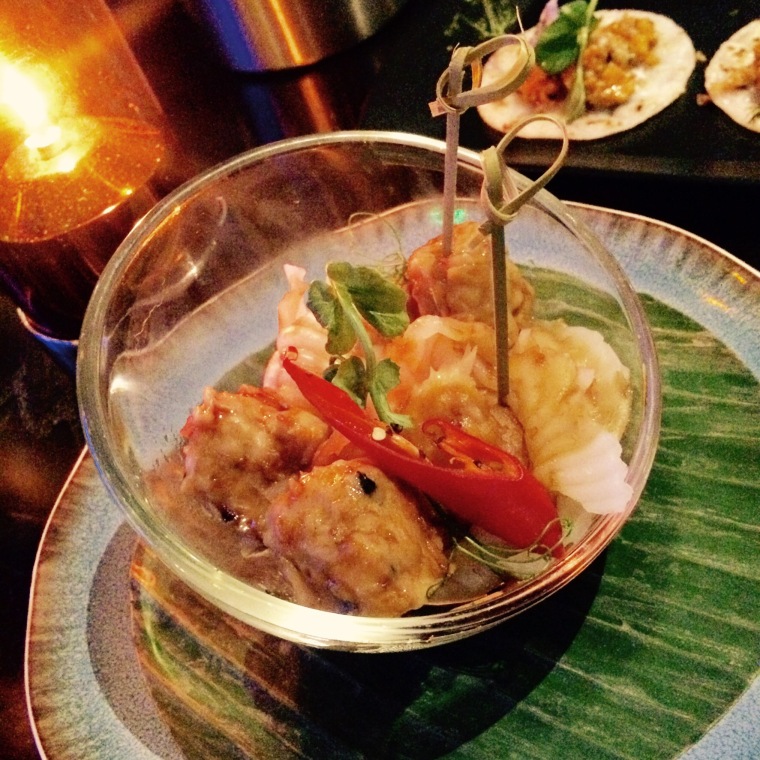 For mains, we moved on to one of the newest dishes on the menu, the ‘cook it yourself’ Chamber Aged Sirloin Steak (£22).  It is served sliced and ready to cook, on a platter with wild mushrooms and asian greens alongside a sizzling Himalayan salt block. This is another dish great for sharing, and the hot salt block adds a bit of fun to the dining experience. 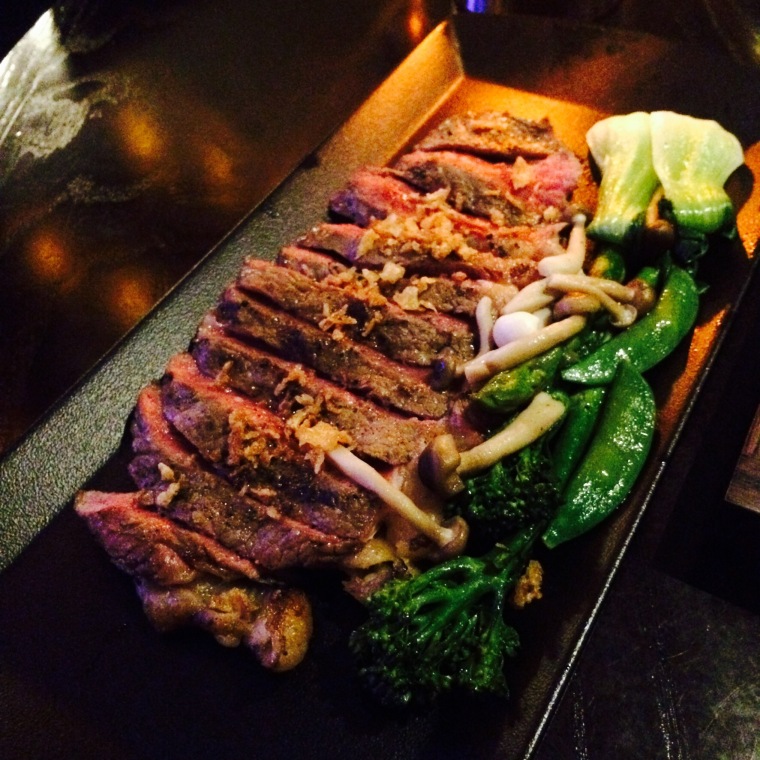 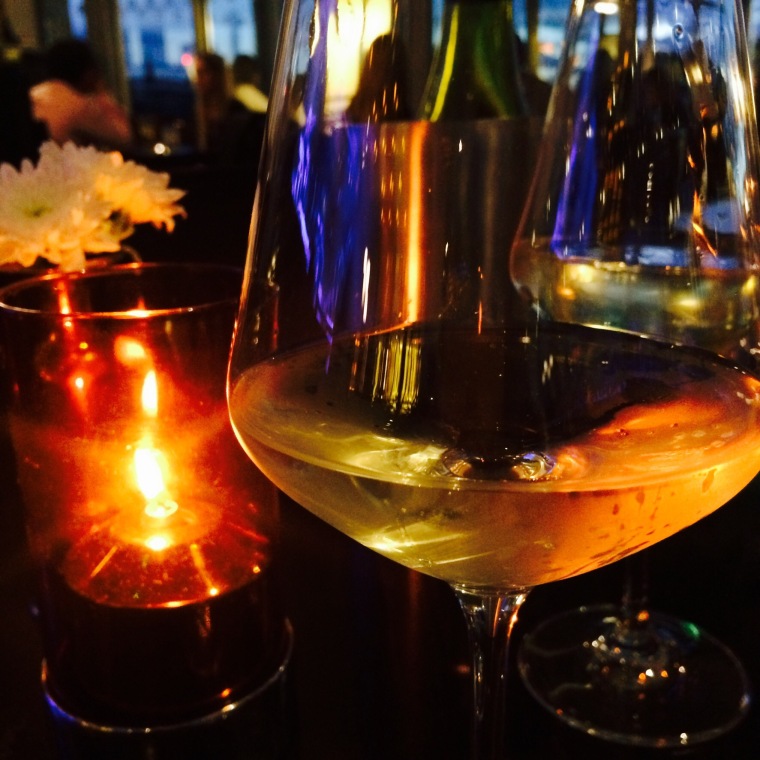 I was less taken with the stir-fried Chicken and Cashew dish (£12). The sweet chilli sauce was lovely, but made the crispy, bread-crumbed chicken a little soggy. Sides of sticky rice and steamed noodles with garlic and soy completed our feast. 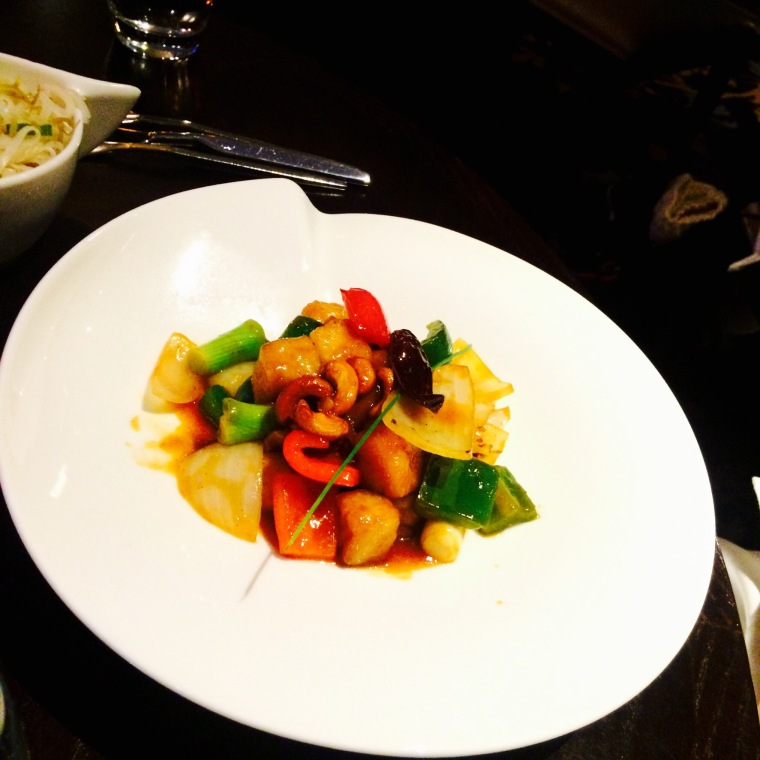 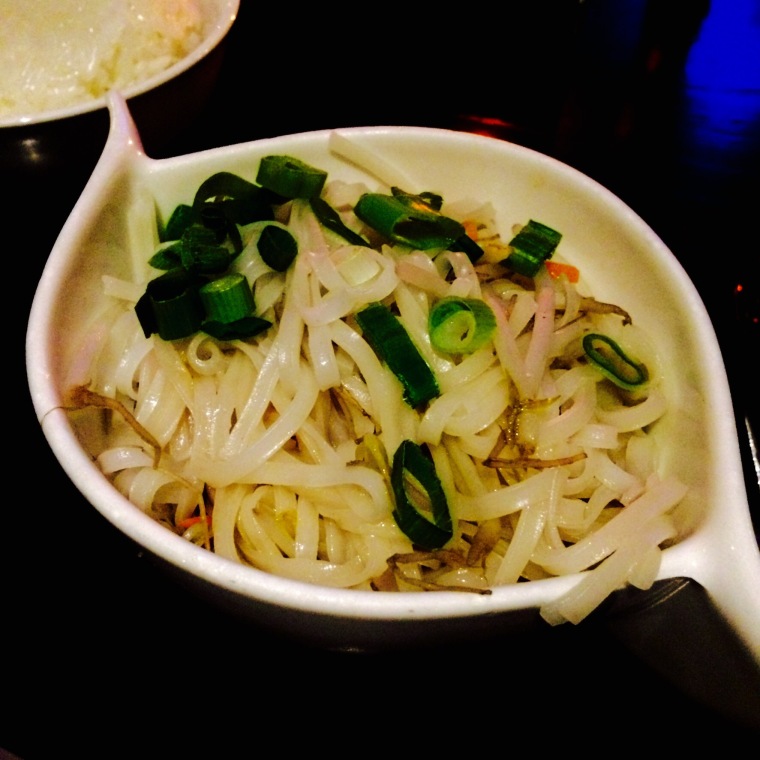 Never usually one for dessert after a thai meal, I tried a Lime and Lemongrass Sorbet (£5.96). A refreshing, but quite expensive, palate cleanser.

The new ‘Chocolate Bomb’ had been doing the rounds on social media that day, and I believe it sold out there night. Instead, we tried the White Chocolate Box (£7.75) which was divine. A white chocolate mousse, on a shortbread crust, a teeny, tiny macaron and raspberry coulis. An indulgent dessert to finish an indulgent evening. 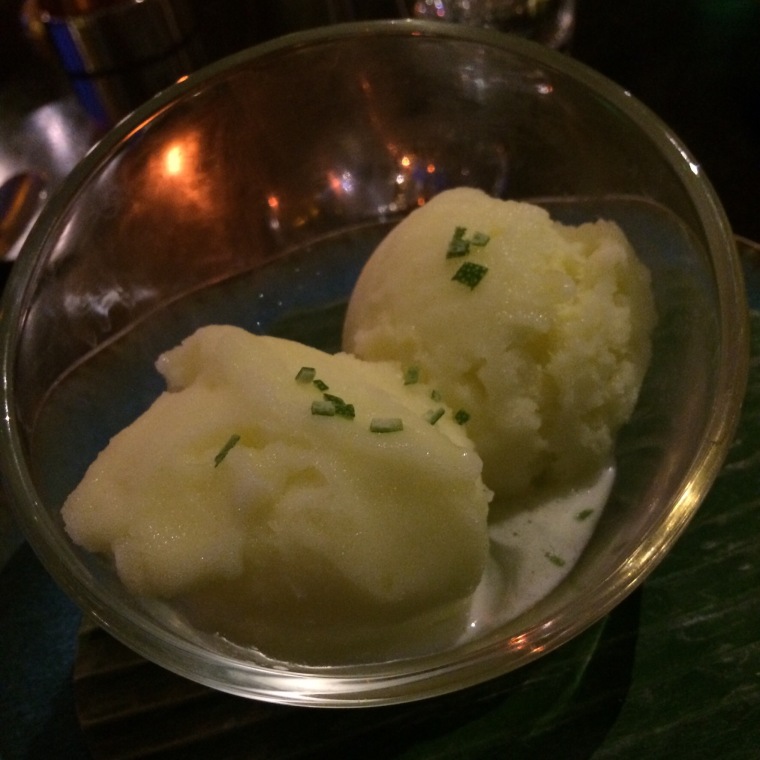 The cocktail menu is not to be over-looked either. I can recommend a Yok Lor (£8.50) – a zingy raspberry vodka based cocktail with Chambord – and the Siam Smile (£8) – vanilla vodka with pineapple and a shot of prosecco on the side. Other intriguing items on the drinks list include sharing cocktails with quirky names such as ‘Sharing a Bath’ – one for next time. 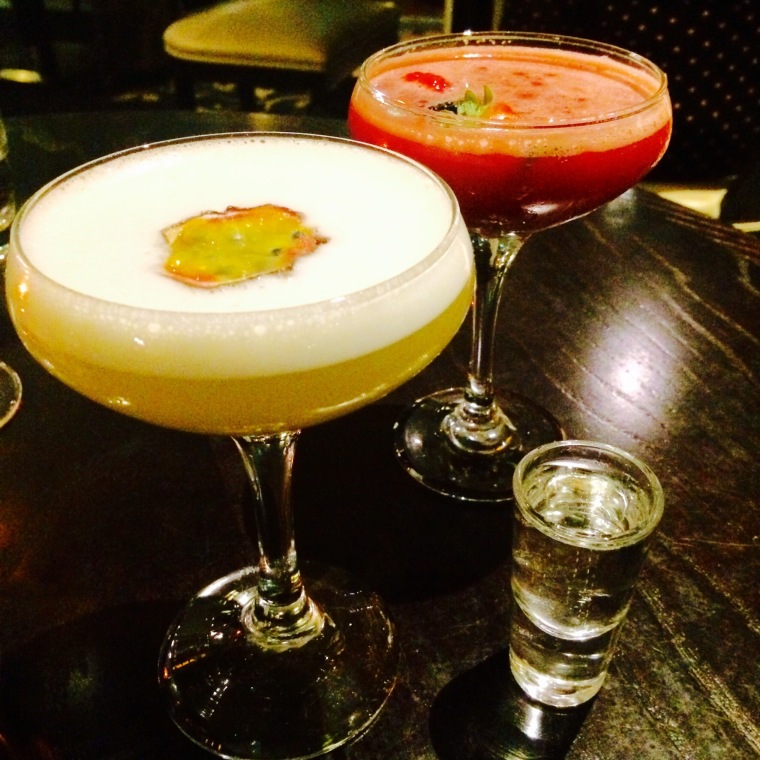 We reached the end of our evening without a chop stick in sight. I was a little disappointed, as I enjoy eating with chop sticks, however this was not an oversight. The new menu is meant to challenge misconceptions associated with eating Thai food with chopsticks, as in the majority of cases only noodle dishes are eaten this way.

The luxurious interiors, prime location and fabulous service are comfortably matched by both the excellent quality of food and the price tag. I wouldn’t usually think of going for a thai meal for a special occasion, but if I do, I’ll head to Chaophraya.

One thought on “Chaophraya Edinburgh”